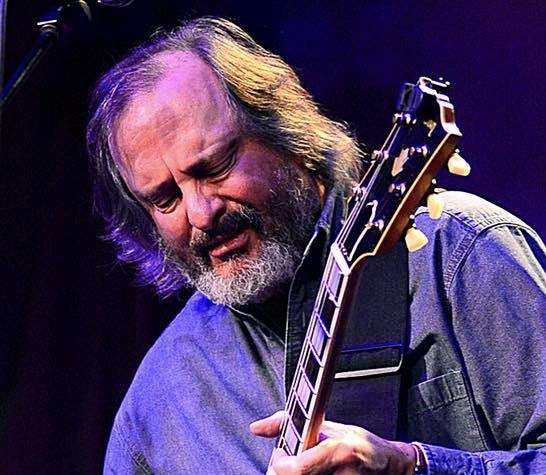 Cleveland Magazine said, “Aside from being an accomplished guitarist, Frank boasts a encyclopedic knowledge of old-time country, blues and bluegrass music.” The Free Times added, “Frank is a first-class guitarist and vocalist.” Jazz and Blues Report added, “A sure-fingered, veteran player, skilled in a wide spectrum of black and white roots styles, Frank comes off as a performer with a strong sense of identity.” And in a recent cd review, Vintage Guitar Magazine said, “Frank is a first rate songwriter and a champion guitar player.”

A lifelong resident of Cleveland, Bob spent eighteen years as the leader of the Hotfoot Quartet, touring throughout North America and recording several albums. As a sideman he has worked with Robert Lockwood, Wallace Coleman, Candye Kane, fiddler Howard Armstrong, the Falls City Ramblers, and British bluesman Long John Baldry.

Bob has played many different kinds of music including bluegrass, old-timey, swing, rock, reggae and Caribbean soca, but is known these days as an expert in a wide variety of blues styles.

Between 1995 and 2019 Bob served as guitarist, vocalist, arranger, and producer for the eight-piece band Blue Lunch. Under Bob’s leadership the band recorded and released eight highly acclaimed cd recordings.

During the day Bob works through Center for Arts-Inspired Learning, performing traditional American music workshops and assembly programs for children. He has done over 3500 of these programs in schools throughout the United States and Canada.
Bob is also one of the founders of the Cleveland Blues Society. He was an original board member of that organization and still serves as the director of the educational, historical, and Hall of Fame committees.

In 2018 Bob released his first solo cd, True Stories and Outrageous Lies, featuring all original compositions and Bob singing and performing on several instruments. The cd was widely acclaimed and has been nominated for several awards.
In recent years Bob has produced and written the podcast, Blues You Should Know, which is available on Amazon, Apple, Google, Spotify and other popular podcast platforms. At present there are over 30 episodes available.

Bob and his wife Ellen have two grown children. They live in Shaker Heights.