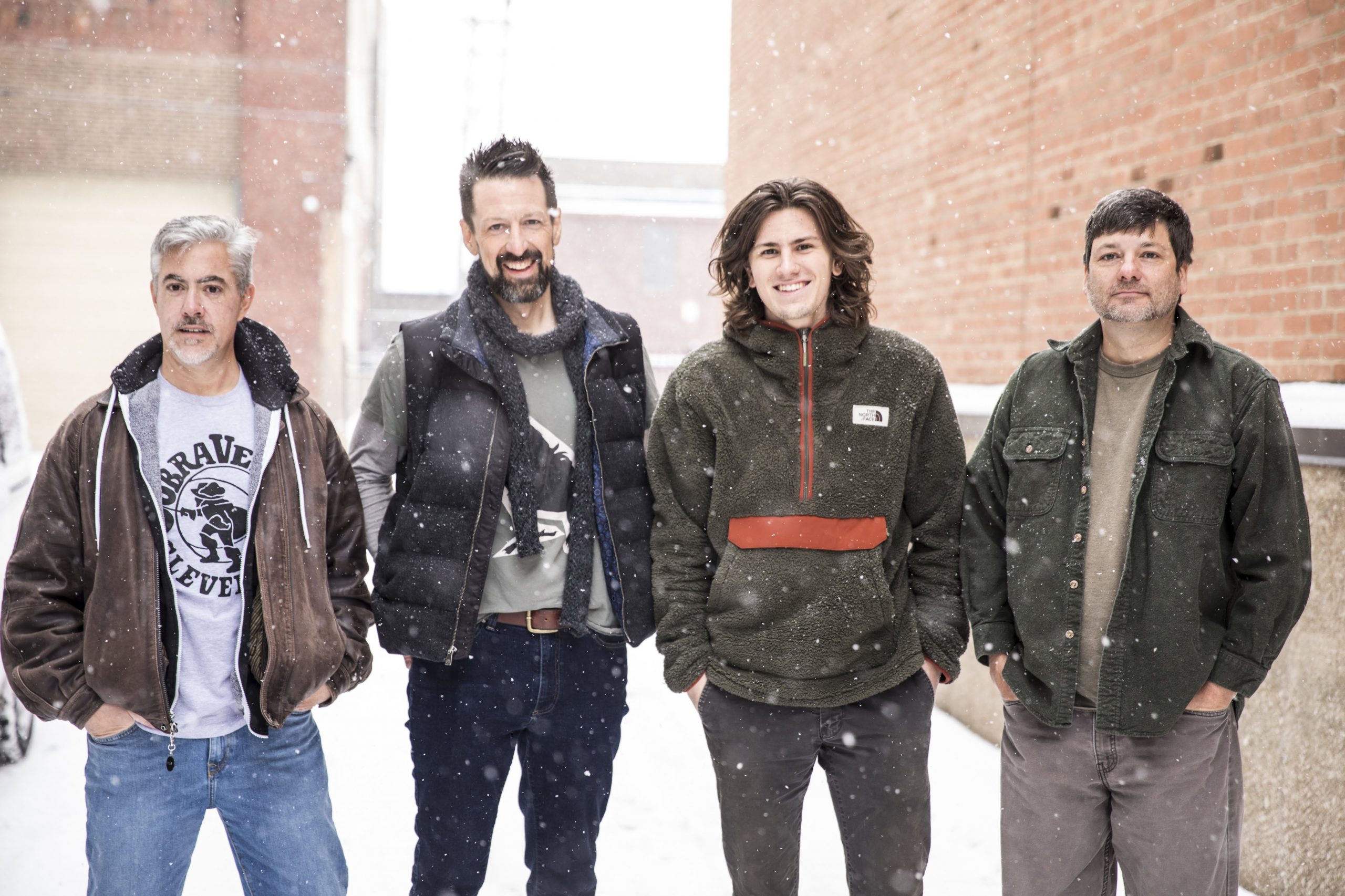 The three musicians in Beasts Without Biomes have decades of stage and studio experience: We’re all family guys with advanced degrees, but our DNA remains inextricably encoded with cytosine, guanine, Misfits, Van Halen and Electric Light Orchestra. Tom Hanicak (guitar) and Pete Roche (bass) have been writing and recording songs together since 1988 (as Self Restraynt). Drummer David Gretick did likewise in several bands (1-900-Stalker, His Boy Elroy) in and around Chicago in the ’90s. Beasts started playing as a power trio in 2003 (as Discouraged) and have enjoyed gigs at Cleveland Agora, Hi Fi Club (Foundry), Around the Corner, and Bop Stop and at annual roadside performances for runners at the Cleveland Marathon and other popular races. We host an acoustic open mic night every Thursday at Working Class Brewery at Kamms Plaza in West Park. We’ve got two albums on iTunes / Spotify–2014’s Beasts Without Biomes and 2017’s Say Goodbye to Summer–and will appear on 2022’s Cleveland Verses compilation of AC-DC hits (done by local artists). Cover songs include familiar radio fare by Billy Idol, Beatles, The Police, KISS, INXS, Men at Work, U2, Flock of Seagulls, Beach Boys, Joe Jackson, Ramones, Red Hot Chili Peppers, and more. Originals feature hard rock rhythms, vivacious vocals, and playful arrangements with splashes and sprinkles of punk, New Wave, and R&B. You need a handsome, tuxedo-clad ensemble to delight your guests during cocktail hour while they graze the hors ‘d oeuvres? We’re not your guys. You want a tight, hard-rocking three-piece to open your gig, or get people stamping their feet, bobbing their heads, and singing along at the fundraiser? We’re your knights in shining armour.