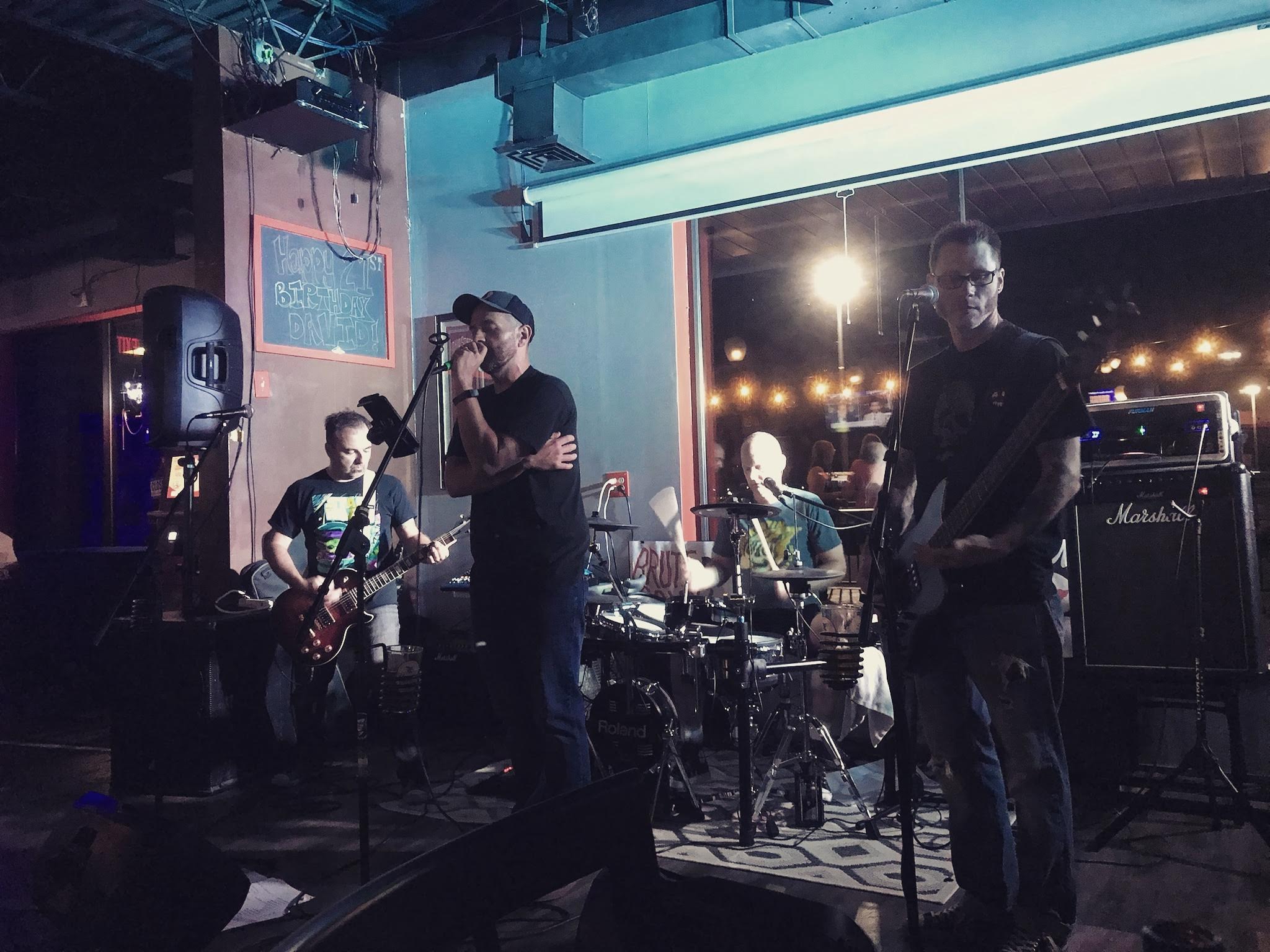 Brute Squad is a Party Pop Punk Cover Band that not only covers punk but revamps your favorite pop songs with a punk twist!

The band formed in 2018 but has been a brain child of bassist Chris Vidler for years. Chris has been in several original and cover bands and has toured nationwide. He recruited seasoned guitarist Aaron Dowel, who has toured nationwide with several acts and worldwide with Marky Ramone. Aaron brought in long time drummer Steve Metcalf who has played in many original and cover bands also with national touring experience. Chris then capped it off with vocalist Sonny Alvarado who has been in local Hip Hop, Fusion and Classic Rock bands and has organized local shows and worked with many bar owners

The band plays a wide variety of songs from Green Day to Dolly Parton, making sure to entertain all audiences.